The Anti-Defamation League (“ADL”) commissioned a global public opinion project to research attitudes and opinions toward Jews in more than 100 countries. Anzalone Liszt Grove Research randomly selected and interviewed 53,100 people 18 years of age and over across 101 countries and the Palestinian Territories between July 2013 and February 2014. http://global100.adl.org/public/ADL-Global-100-Executive-Summary.pdf. 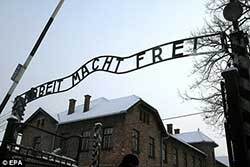 A survey conducted by the Forsa Research Institute in 2012 found that 21% of Germans aged between 18 and 30 did not know the name of Auschwitz or what happened there.  http://www.dailymail.co.uk/news/article-2091572/One-FIFTH-young-Germans-heard-Auschwitz-survey-reveals.html.

A study conducted in the United Kingdom by war veterans’ charity Erskine tested 2,000 children aged 9 to 15 for their knowledge of the First and Second World Wars. Some said that Adolf Hitler was the manager of Germany’s national soccer team, and Auschwitz was a World War Two theme park.  5% thought the Holocaust was the celebration at the end of the war and 10% said the SS was Enid Blyton’s Secret Seven. Only 50% of the respondents knew D-Day was the invasion of Normandy, and 25% thought it was “Dooms Day.”  http://www.haaretz.com/news/hitler-was-a-german-soccer-coach-kids-tell-u-k-poll-1.4621 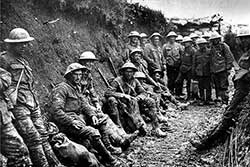 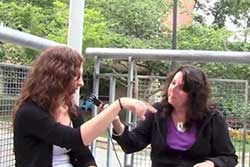 In the fall of 2013, Rhonda Fink-Whitman, a veteran TV and radio personality and author of 94 Maidens, asked college students about the Holocaust, U.S. history and World War II at college campuses in Pennsylvania including the University of Pennsylvania and recorded their responses. Students did not know why the U.S. entered the war, who the president was at the time, where Normandy was located, or why Allied forces landed there. One student said he did not know who Anne Frank was because he never read the book. http://www.theblaze.com/stories/2013/10/16/the-incredibly-depressing-answers-college-students-gave-when-asked-what-the-holocaust-was-and-where-it-began/

According to American Council of Trustees and Alumni (ACTA), a higher education nonprofit organization promoting academic excellence, only 40% of Americans know that June 6 is the anniversary of D-Day and less than half know that Franklin D. Roosevelt was the president at the time. Another survey found that only two in five knew the Battle of the Bulge occurred in World War II. http://thetandd.com/news/opinion/lack-of-knowledge-about-d-day-u-s-history-disturbing/article_a1564d44-edfd-11e3-aaa8-001a4bcf887a.html 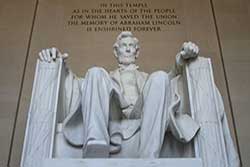 In a survey, 72% of students failed to identify that the U.S. fought Hitler and Germany in World War II, according to CollegeStas, an informational website which aggregates publicly available information provided by the U.S. Department of Education.  Many students had no idea who Adolf Hitler was. Nearly 25% of students could not identify him.  And 10% of students thought he was a “mutinous manufacturer.” http://collegestats.org/2012/07/25-american-history-facts-most-students-dont-know/